Wrestling: ‘We want to co-host events with India’ 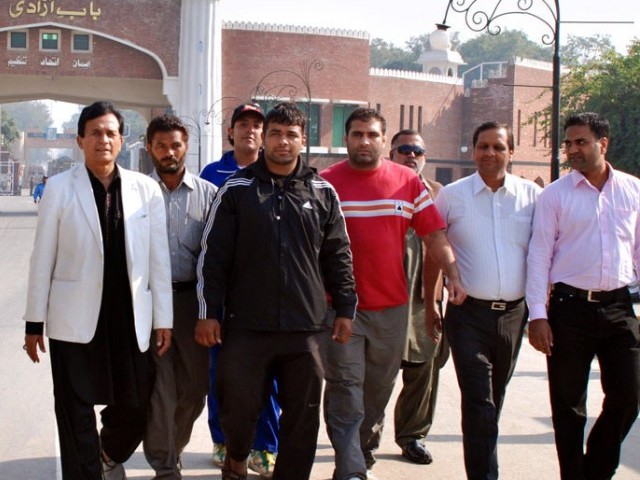 The lack of international wrestling action in the country has prompted the Pakistan Wrestling Federation (PWF) to seek a solution to the problem by joining hands with its Indian counterpart.

According to the PWF Secretary Chaudhry Muhammad Asghar, the federation has proposed co-hosting events with India to help Pakistan wrestlers gain international exposure, which they lack as the country has not held a multilateral event for 22 years. India, on the other hand, has been hosting regular wrestling events and has not faced any problems finding sponsors for these competitions.

“We’re in talks with the Indian federation and they have given a highly positive response to our suggestion of co-hosting events,” Asghar told The Express Tribune. “We can invest our money in these events that will be held in India and earn revenue from them. In addition, our wrestlers would get to compete with other players from all over the world.

“India is attracting professional wrestlers from the US, UK and Canada. By joining hands with the Indian federation, we can pave the way to attract these athletes to Pakistan as well.”

Asghar felt that such a venture will also be a treat for wrestling fans on both sides of the border.

“The fans will get to see some classic India-Pakistan fights as well, which represent two different schools of wrestling.”

Meanwhile, the PWF is preparing 14 wrestlers to compete in the Bhagat Singh International Tournament in India next month. Twenty countries will be participating in the event, which is offering prize-money of $2,000. The PWF is also planning to host an international event in April, which will feature all South Asian countries along with Iran and Canada.