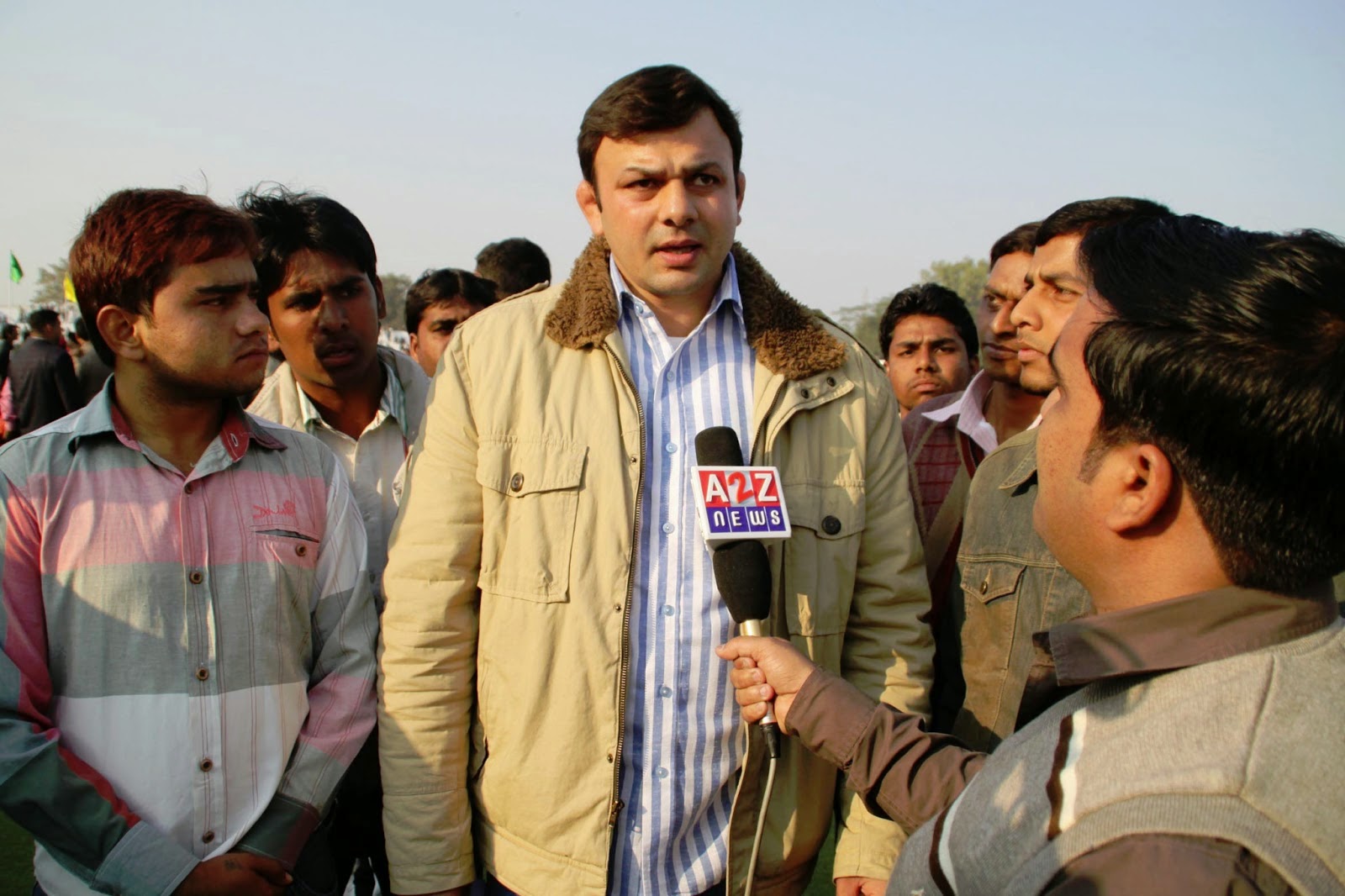 “The issue in our country is not giving recognition to sportsmen on time. Sports-persons are not given their due credit, but once they win any medal, the government showers them with prizes. But what about the struggle they had gone through? What about the 15-20 years when they got no support from anyone? Now when they have won a medal, you are giving them recognition."


He is more than six feet, looks like a model, is good looking and is well spoken. Well, this is no description of a Bollywood actor but a former wrestler Jagdish Kaliraman, son of legendary wrestler Chandgi Ram Kaliraman.

This well-built man walking out a the ramshackle, asbe-stos-roofed akhara near Majnu Ka Tila is a man with serious business. Giving a final briefing to few of his students at the Chandgi Ram Akhara, Kaliraman took some time out to speak to Metrolife about wrestling as a career.

This assumes significance in the light of Indian wrestlers, both men and women, making a mark in the international sports events, winning medals and bringing laurels to the country as in the just concluded XX Commmonwealth Games at Glasgow. However, there is a flip side too where this ancient sport, pursued mostly in rural India, is hamstrung byinadequate support, infrastructure and funds.

“Well if you want to get a true picture of the current scenario, then I would say that the state of wrestling is quite poor in our country. There is no infrastructure and there is no support from the government as well. Unlike cricket there are no academies for wrestling, boxing, etc,” said Kaliraman.

“Aajkal to bus roti ke liye daud rahe hain. Everyone wants to earn money. Cricket has been commercialised and has all the support from the corporate sector. Post Independence, only two things have developed in our country -- the medical and the education sector -- because they got support from the private sector. Sports is something much bigger than any job and it demands much more than just time,” added Kaliraman.

The style of Indian wrestling is also known as pehelwani or kushti and the person doing it is referred to as a pehelwan and this traditional Indian wrestling takes place in an Akhada. The pehelwans also go through a strict regimen and diet plans to keep themselves fit for their acts.

Talking about the perfor-mance of the wrestlers in the recently concluded Commonwealth Games 2014 at Glasgow, Kaliraman, said, “Although this year, the total number of medals increased but the number of gold decreased. Last year we won six golds but this year we got only five.”

“The issue in our country is not giving recognition to sportsmen on time. Sports-persons are not given their due credit, but once they win any medal, the government showers them with prizes. But what about the struggle they had gone through? What about the 15-20 years when they got no support from anyone? Now when they have won a medal, you are giving them recognition.

The Chandgi Ram Akhara has served as a training ground for many women wrestlers as well like Neha Rathi, who was the winner of a bronze medal at the Asian Wrestling Championships, 2012 and Sonika Kaliraman, sister of Jagdish, who was the 2003 silver medal winner at junior Asian Games and a part of Bigg Boss as well. When it opened in 1975, the akhara was the first in the country to train women wrestlers. But, now it has only two-three women wrestlers only.

From the government’s side, the akhara has got only one wrestling coach and few mats which are used for the training purpose. “We cannot even install air conditioners in the gym...who will pay the bill? Last year the indoor akhara got flooded due to heavy rains. We need at least 80-90 lakhs rupees to raise the level of the ground of the indoor akhara. Where will we get the money from?”

“The attitude of people should change towards sports and commercialisation of sports in our country is nece-ssary to make it self-sustaining. Parents also think that sports is a waste of time and only education can give them name and fame, which is ac-tually not true. It is a fact that in India people get both money and fame only through sports, politics and being part of Bollywood. Schools also should have proper grounds and infrastructure for their students,” saidthe wrestler.