NCP factions slug it out over wrestling event 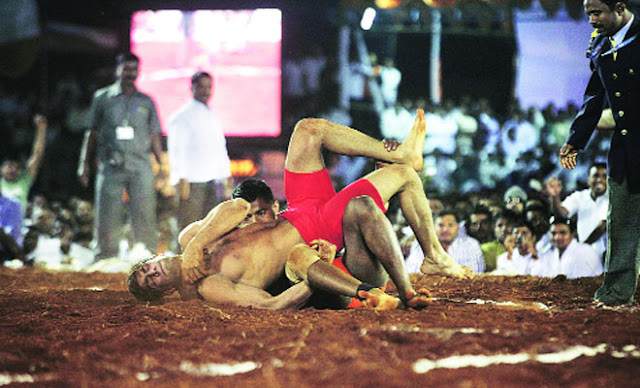 Wrestlers from Pakistan and India spar during the Mayors’ Trophy held last year in Warje.


Last year, the ruling NCP in Pune Municipal Corporation faced criticism from other political parties for highjacking the wrestling competition organised by the civic body at Warje, for which a large amount of civic fund was spent. But this time, problems have emerged within the NCP itself, with its two factions all set to engage in a war over hosting this year's competition in their respective areas — with one demanding it to be held in Warje and the other in Kharadi.

However, NCP corporators from Nagar Road area have come together to get the event organised in their area this year. "The wrestling competition organised by PMC has become very popular in the city and brought pride to the city as the national and the international level wrestlers participate in this competition. This year, the competition should be organised at Kharadi or Chandannagar on Ahmednagar road," said the proposal, tabled by six NCP corporators of the area.

The faction, close to NCP legislator Bapu Pathare, includes corporators Mahendra Pathare, Sanjila Pathare, Suman Pathare, Meenal Saravade, Mahadeo Pathare and Usha Kalamkar. "The PMC should not organise a competition only in one area of the city. It should be organised in different parts every year to promote the sport," maintained Mahendra Pathare.

The area has been closely associated with the sport and the legislator himself was a wrestler, he said, adding: "We are prepared to organise the competition in our area and capable of doing so with less expenditure to the civic body. The area has a dedicated stadium for hosting wrestling competitions, and organising international events would further promote the sport among the young generation."