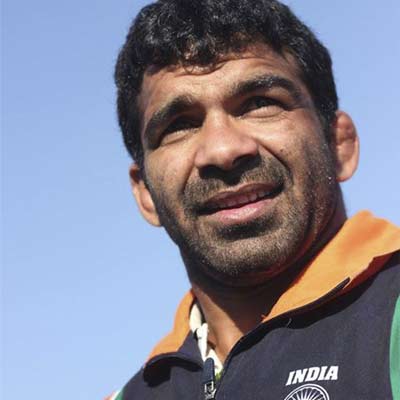 It was a moment of great pride for India as the nation earned a gold medal at the special Olympics.

On Saturday, at the Deaflympics in Bulgaria, Indian wrestler Virender Singh did the nation proud as he won a gold medal in the men’s 74kg freestyle event.

The 22nd Summer Deaflympics, in Sofia, Bulgaria saw the Delhi-based deaf and mute Indian defeat Oguz Donder of Turkey to win the coveted medal. The bronze medals were won by Hiavorh Adamian and Aleksandr Ochirovich Tsoktoev.

Popularly known as Goonga Pehelwan or the mute wrestler in Hindi, Virender Singh won India’s first and only gold medal at the 2005 Deaflympics in Melbourne, Australia and added a silver medal at the World Deaf Wrestling Championships, 2008 in Yerevan, Armenia.

Besides wrestling, the 28-year-old has a job as a clerk with the Haryana Power Corporation.

The Deaflympics this year may have not received the media coverage that the London Olympics got but controversy was huge as the Indian contingent was marred by a fight between two factions of the All India Sports Council of the Deaf.

Virender Singh's gold medal will hopefully inspire more athletes like him as well as gain some much needed attention from sponsors, promoters and the government to encourage people with special abilities to take up sports and excel.

i am 1st one to comment here , this shows that how much difficult time kushti is facing but the time don't remain always alike , this is proved by this that kushti is preferred than squash for 2020 tokyo olymics means some peoples are really trying to change the condition but this is just a start , more than this will happen in future . don't be unhearten everything will be fine but it will take a little bit of time.