Pakistan no match for Indian wrestlers 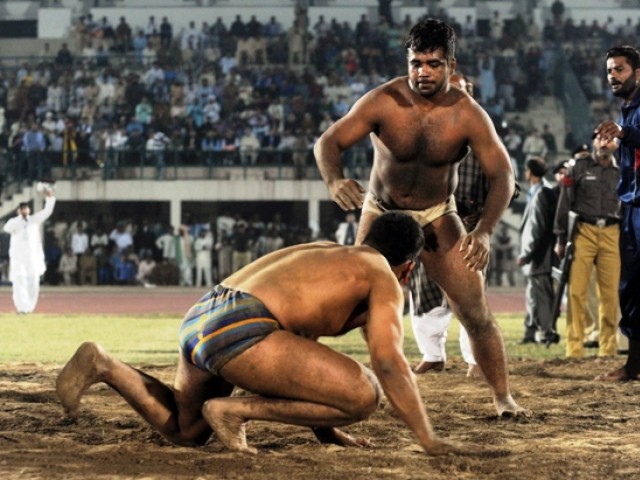 Express Tribune
LAHORE: Satindar Singh won the third and final encounter of the Indo-Pak Dangal in Faisalabad, defeating Pakistan’s Ali Imran Pattanwala in a highly convincing show to lead India to victory in the wrestling event.

Singh remained unbeaten in all the three matches he took part in. The final match of the event proved to be a one-sided affair as Pattanwala looked out of sorts against a more confident Singh. The Pakistan wrestler tried to adopt a defensive approach to slow the match down. However, Singh proved to be too good for Pattanwala and managed to pin him down to register the victory just minutes after the match started. The other wrestler in the India contingent, Jagroop Singh, suffered an injury early in the event and was ruled out of the competition.