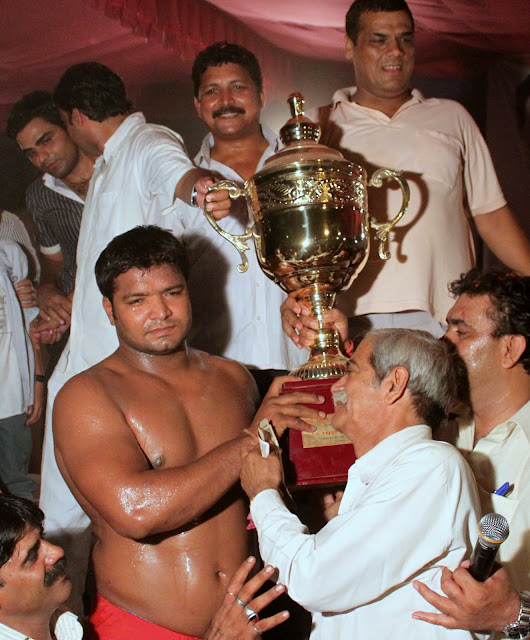 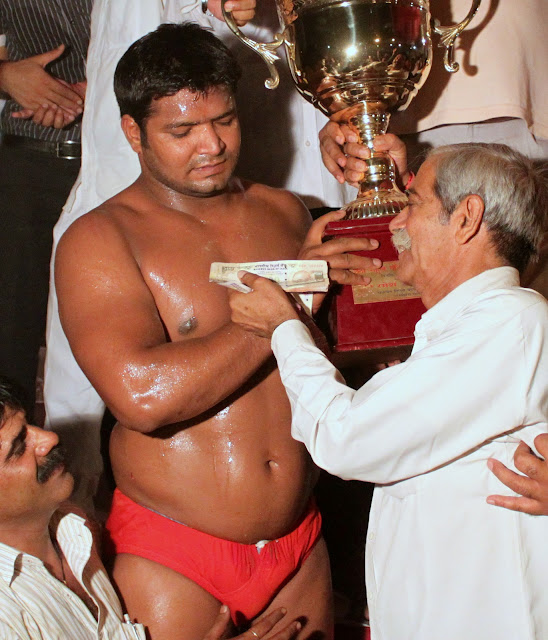 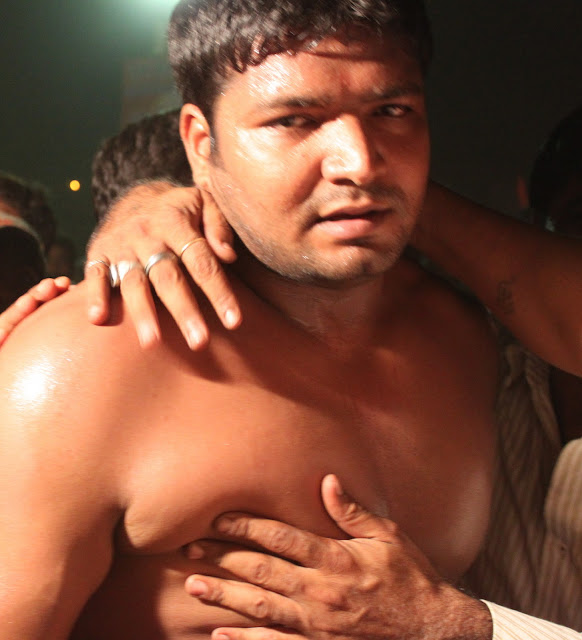 Vikram Pahlwan poses for photos after winning the dangal 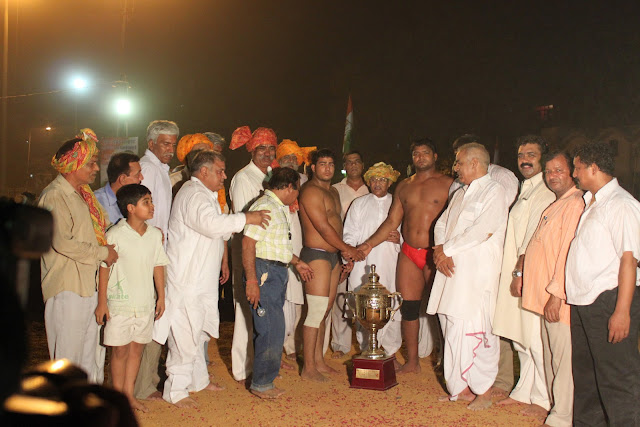 An earlier match from the Rahul Gandhi Gold Cup Dangal

In other action from the dangal, a wrestler wins his match 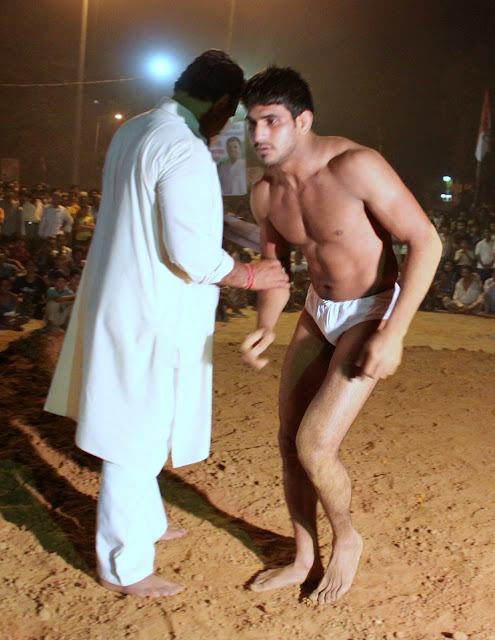 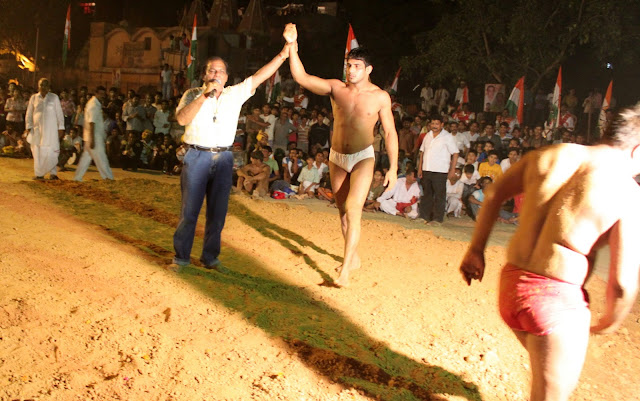 A wrestler collects his winnings 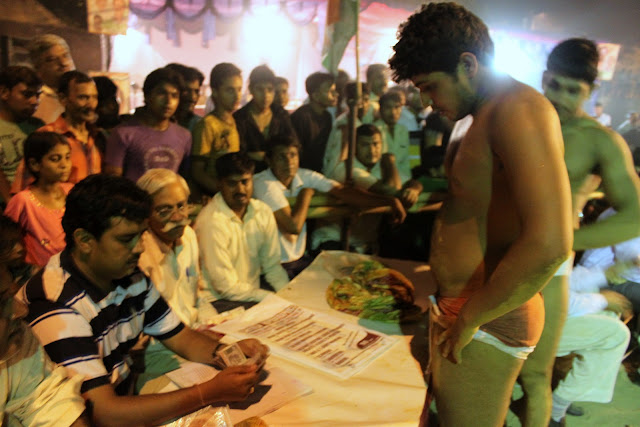 Wrestlers greet each other before the bout 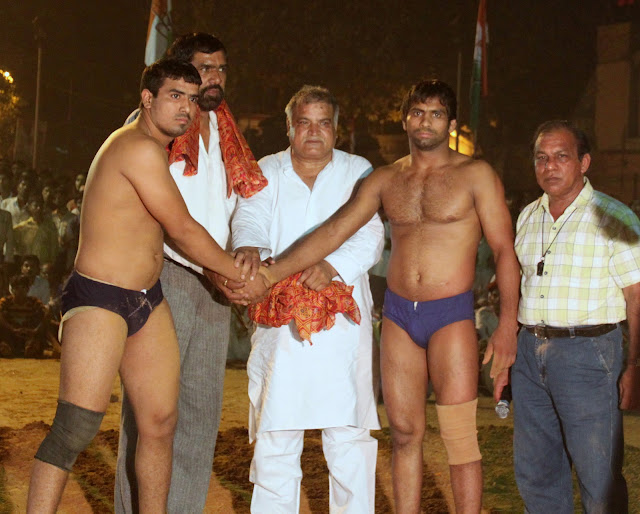 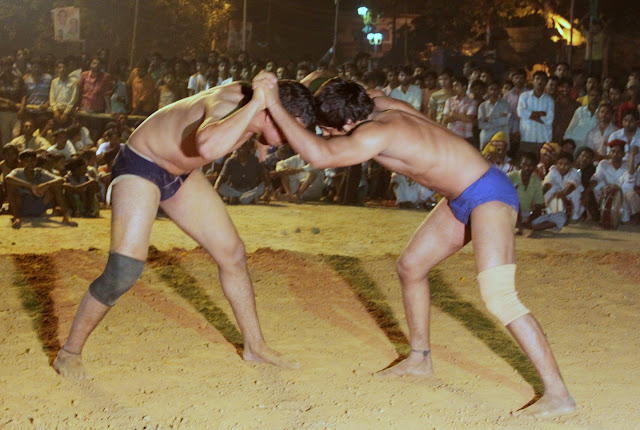 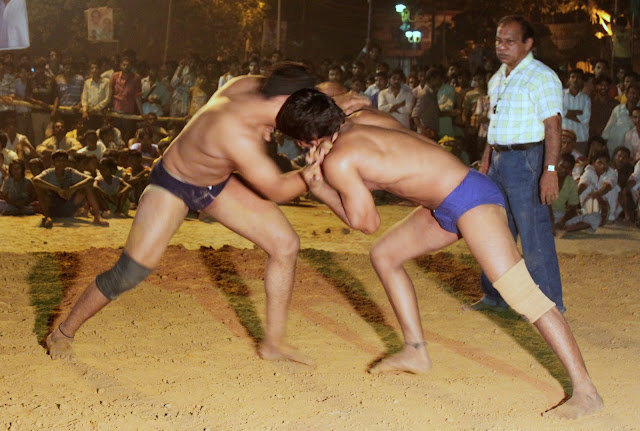 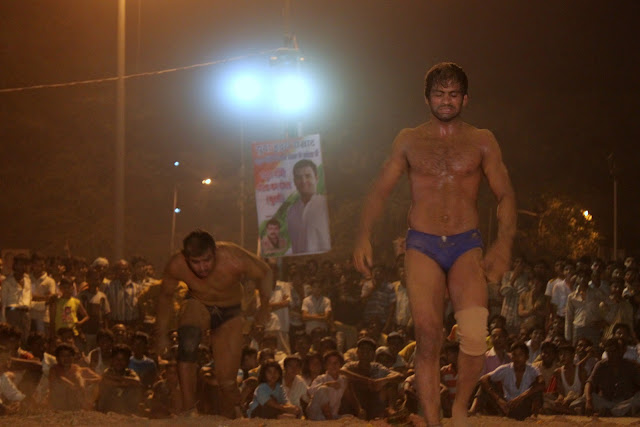 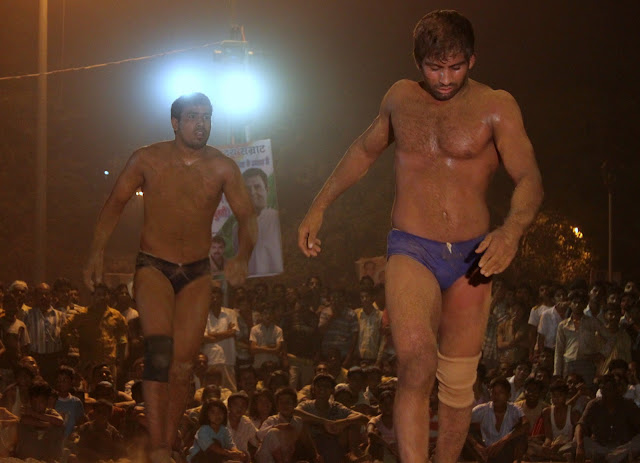 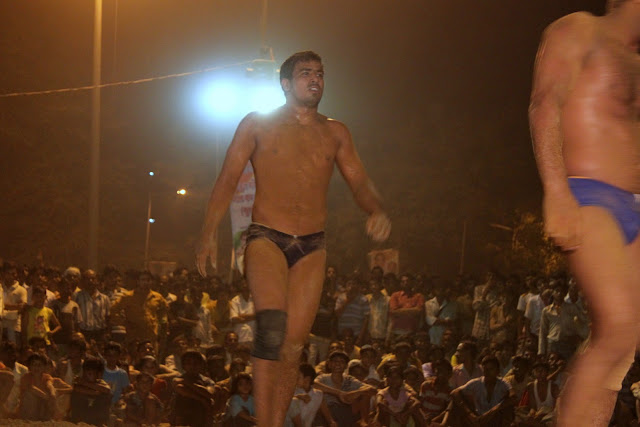 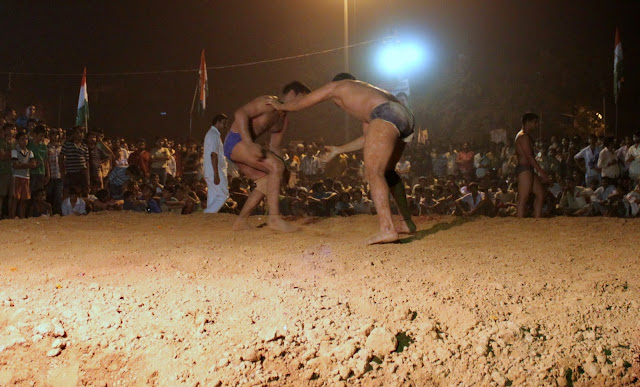 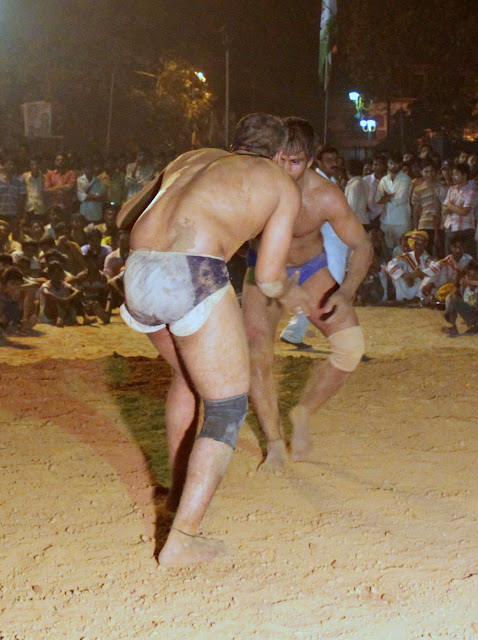