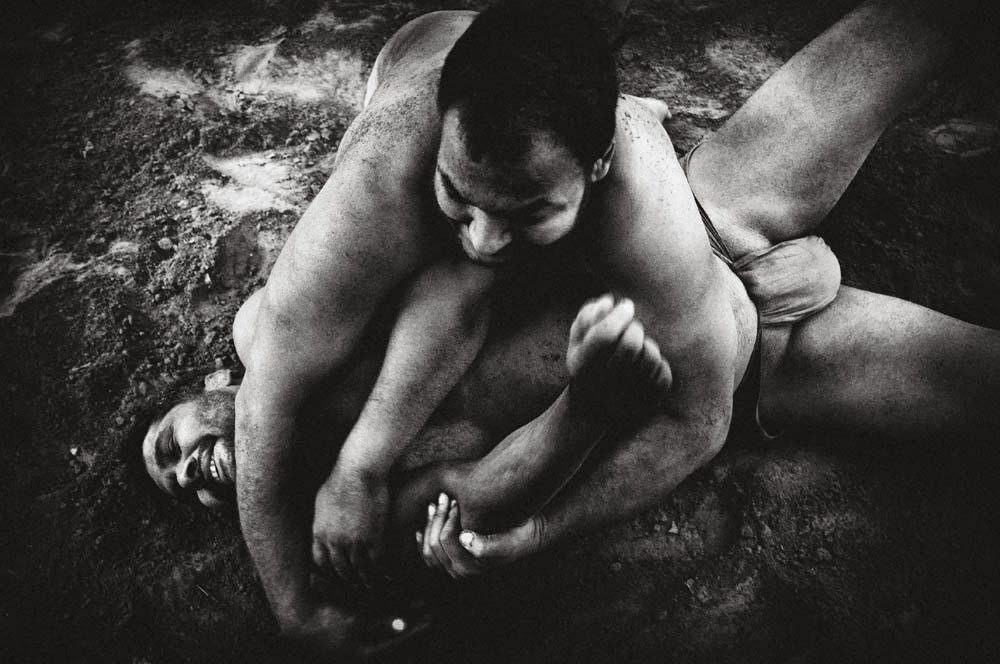 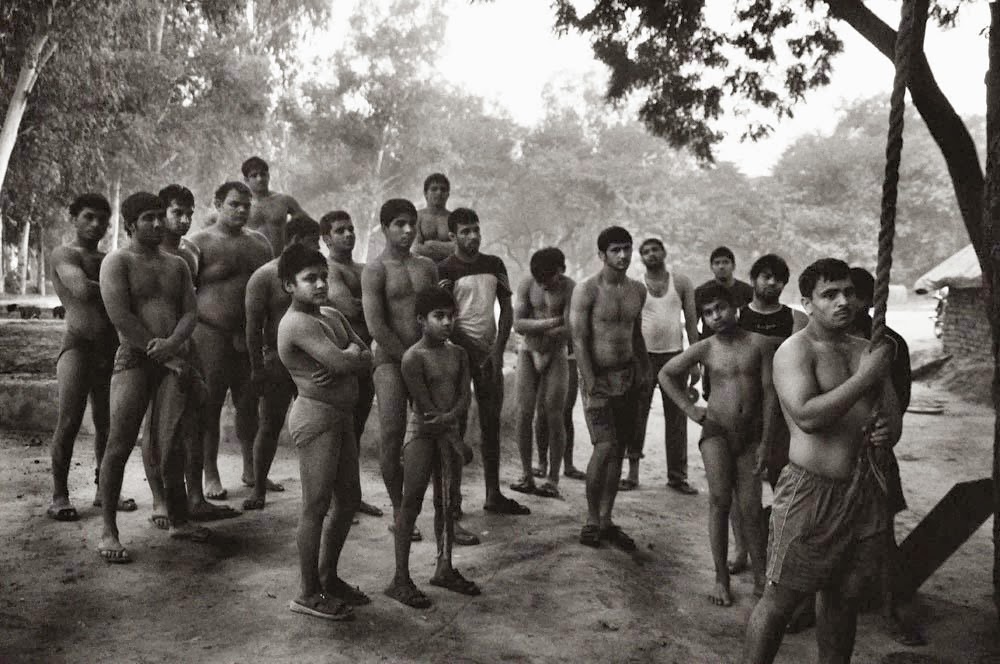 Early mornings in many Indian cities and villages are still often marked by the loud grunts of thickset men grappling with each other in earth pits, punctuated with the thud of falling bodies.

Kushti - a traditional form of Indian wrestling - is alive and kicking, though it is not anywhere near as glamorous as the American WWE wrestling broadcast on TV.

In a nation obsessed with cricket, every city and town boasts of a few akharas (wrestling schools) where wrestlers congregate daily to test their prowess.

It's a hard life and training sessions last for hours. A traditional wrestler also leads a life of abstience: sex, wine, tobacco and drugs are not permitted.

The tough sacrifices though have brought rich dividends. Though cricket stars hog the limelight, some wrestlers nurtured at the akharas have gone on to win medals at the international stage, including the Olympics.

The photos are good, but since kolkata is place of dancers, wirters, thinkers, there is not much left of kushti in their hearts, i wish the wrestler could do better at that side of india, the way the article is written in itself portrays the indifference of the writer and the people of kolkata about kushti wrestling, .. if you go to my kushtiwrestling, you will find power, enthusiasm, fascinating stories, people , huge wrestlers as well as kids fighting for the glory of their akhada , city, town, country or guru for a prize. Kushti is filled with joy, people, power, and a unique culture and life style,