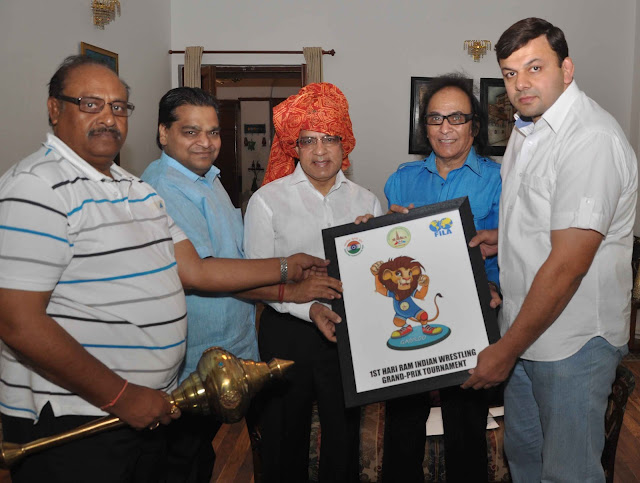 On the occasion Chairman of Organizing Committee Mr. Ashok Aggarwal gave detailed information about the International Wrestling Grand Prix Tournament to be held from 25 to 27 May in Indira Gandhi Indore Stadium to The Chief Justice.