New Delhi, 2 Mar 2012: Pop Singer Mr. Mikka Singh will compose ‘Theme Song’ for ‘1st Hari Ram Wrestling Indian Grand Prix Tournament 2012’ to be held in New Delhi from 25 to 27 May 2012. Mikka Singh is the Brand Ambassador for the Tournament. 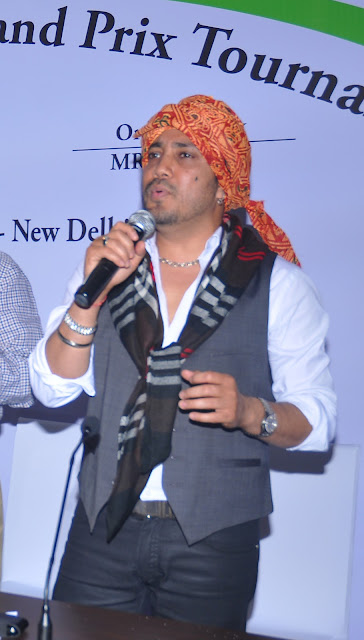 Mikka Singh said that he will compose ‘Theme Song’ on the lines of his famous song ‘BOLI UTTE BOLI UTTE PAUN GABROO, MEIN PAUN GABROO’ In Punjab and Haryana ‘GABROO’ means Young. He said that the song will encourage the playing spirits of wrestlers coming to New Delhi from all over the World.

Pop Singer Mikka Singh said that since childhood he was interested in Sports. He laughingly also said that ‘Now he does not fight’. He said that if Young Generation will take interest in Sports they will contribute towards better Nation Building and will be saved from drugs and drinks.

Mikka Singh appreciated Mr. Ashok Aggarwal, Chairman , Mr. Brij Bhusan Saran Singh (MP), President and Mr. Arya Vir for encouraging the most ancient sport of India he assured that he give all his support for the success of this tournament.