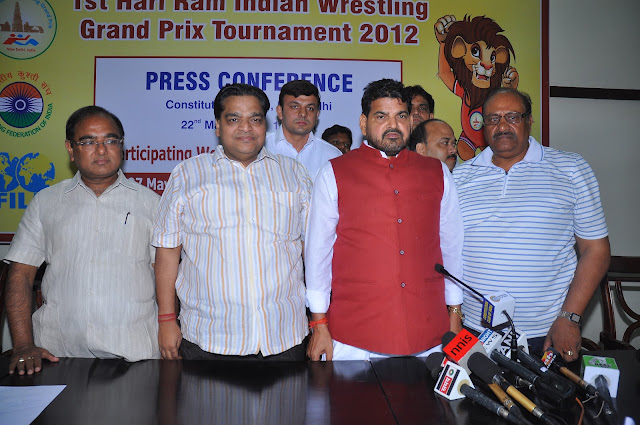 New Delhi, 22 May 2012: In Press Conference organized at Constitutional Club, list of participating countries and outstanding wrestlers in ‘Ist Hari Ram Indian Wrestling Grand Prix Tournament 2012’ was released. Preparations of Tournaments are in full swing. Where on one hand technical officials are busy preparing Indira Gandhi Indoor Stadium for the competitions and viewers, another team is busy preparing Park Hotel, Cannaught Place for comfortable stay of wrestlers and officials.

For first time in India 300 wrestlers and officials from 22 countries will participate in the Tournament. In the competitions wrestlers will show their skills in 7 male and 7 female categories. Medal winners of Olympic, Asian and Europeans Games will be centre of attraction for the viewers. For the success of the Tournament FILA approved Technical officials and Referee are also invited.