Satpal Singh, famously known as Mahabali Satpal, has won many famous battles on the mat and was much feared by his opponents in the 70s and early 80s. A gold medalist in 1982 Asian Games and a bronze medalist in 1974 Asian Games, he is now a much revered coach and has the likes of Olympic bronze medallist Sushil Kumar and Yogeshwar Dutt as his trainees. 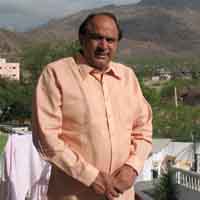 Currently working as an Additional Director Of Sports And Physical Education (Delhi) he has a very fair view about the sports in India. A much grounded person, he still bows in respect for his guru – Guru Hanuman and asks his trainees to follow the guru-sishya parampara to achieve success. Having the desire to enter politics someday, Satpal thinks sportspersons like him can contribute to the development of Indian sports if given a chance.

In an interview to Ravikant Kumar, Mahabali Satpal talks about sports, wrestling, his personal life and ambitions. Excerpts:

ISN: Tell me something about your initial days, how do you see your journey so far?
Satpal: I had a very humble beginning. We belong to a farmer’s family and in our time we did not have the kind of infrastructure this generation enjoys. So it was tough initially. Today I try very hard to provide everything to this generation what we could not get in our time.
ISN: Did your family support you initially or you took wrestling because of some inspiration?
Satpal: As I said, we have a very humble beginning. So money was always an issue. But my family did not interfere much in these affairs. Here I would like to mention my guru, my role model -- Guru Hanuman Singh. He is the man behind my success. He was my source of inspiration and kept me motivating all through. Today he is no more but satpal Singh is only because of him and I owe everything to this man.
ISN: What about training your schedule. How do you train yourself and keep yourself fit even at this age?
Satpal: I wake up at 4 a.m. in the morning. I exercise and train with my student till 8 a.m. About fitness, I train a lot and as I belong to a farmer’s family, we do not take tea, coffee or alcohol. Rather we rely on milk, ghee, nuts, green vegetables, it keeps you fit and young.
ISN: What kind of person you are in the akhara? How do you train students?
Satpal: I am very strict and direct person. I cannot tolerate any nonsense in the field (Akhara). I always ask them to maintain the same dignity and discipline when they come for wrestling.
ISN: What is your take on wrestling in India?
Satpal: The position of wrestling was not that good initially. But after Sushil’s achievement in Beijing Olympics and Commonwealth Games, it has improved a lot. Now people have started giving respect to wrestlers.
ISN: How do you see cricket vs other games?
Satpal: First of all congratulations to you and your team for promoting sports apart from cricket. I do not have much problem with cricket, but I must say government should treat every game equally. A gold medalist gets Rs 25 lakhs, while the cricket player for the similar kinds of achievements are being flooded with crores, even though if they don’t feature in playing 11. I will only say every game deserves equal attention.
ISN: What are your future plans? How you would like too see your self 5-10 years from now?
Satpal: Initially I never wanted to join politics. But I feel, I have done my role at this level as an Additional Director of Education (Sports and P.E). I may contest for the Rajya Sabha and would love to be the Sports Minister of the country.