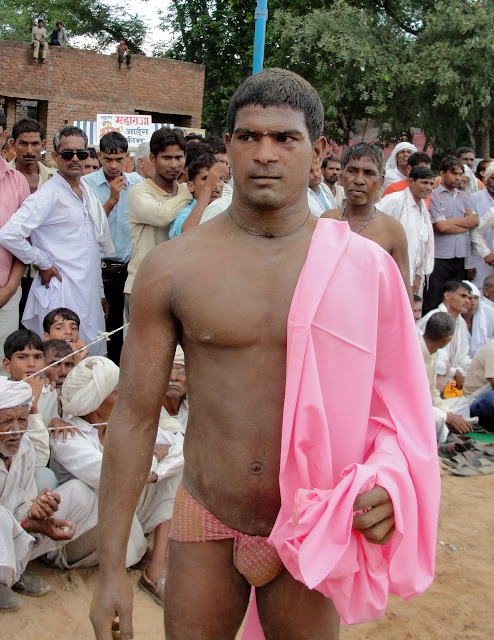 To celebrate India’s Independence Day on 15th August 2010, Chhayaca Village Panchayat Committee in Ballabhgarh, Haryana organised a big sporting event featuring the two Indian sports of kushti and kabbadi. The event was inaugurated by sitting MLA Raghubeer Singh Tevatia at the fully packed playground of the village high school. Wrestler from neighbouring states like Delhi, Uttar Pradesh, and Rajasthan were invited. Rewards of Rs. 2.0 lakh were distributed among the wrestlers. Most of the prize money was contributed by Jaiprakash ji, the village sarpanch. A cash prize and a shawl, or safi, were given to each winning wrestler, and consolation prizes were also handed out. 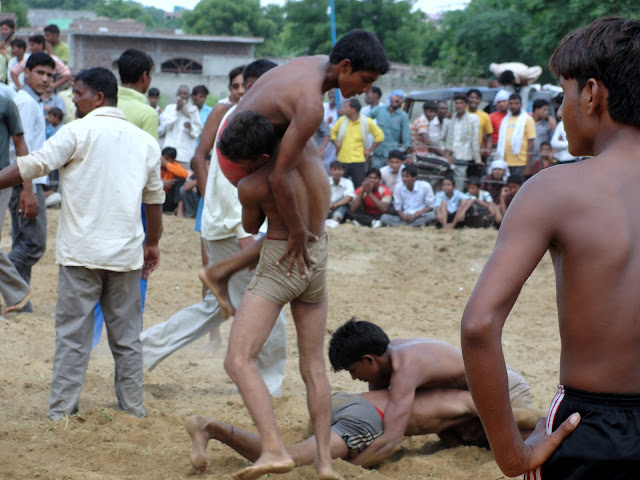 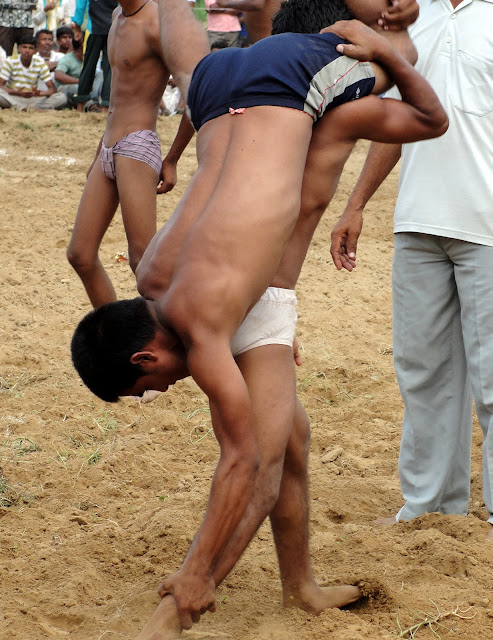 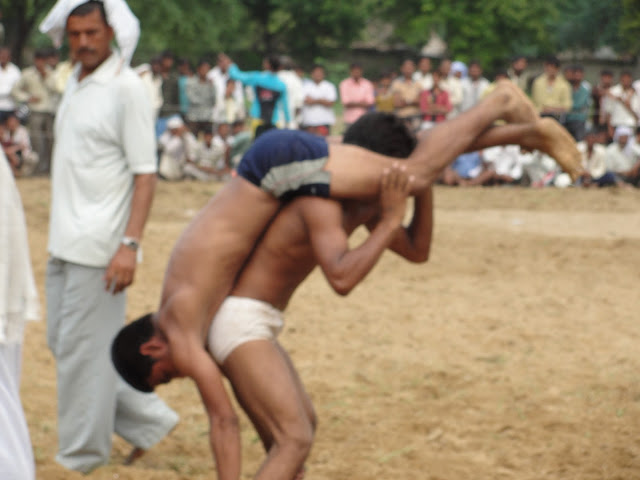 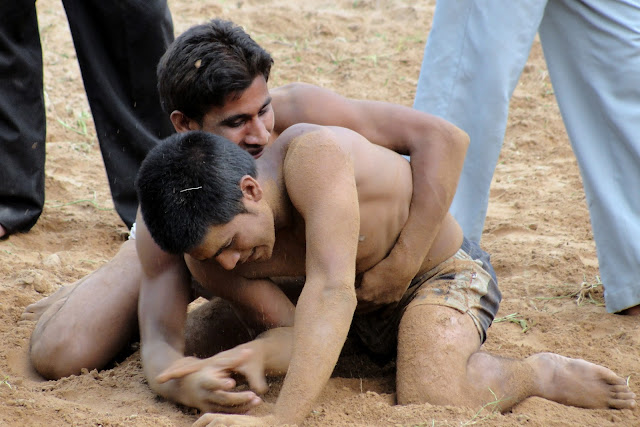 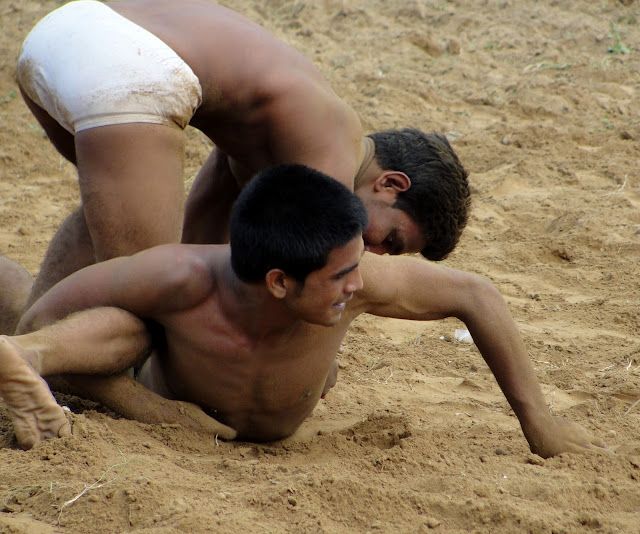 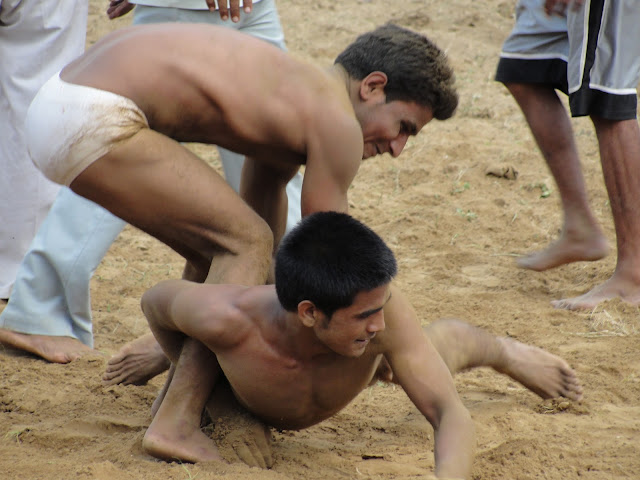 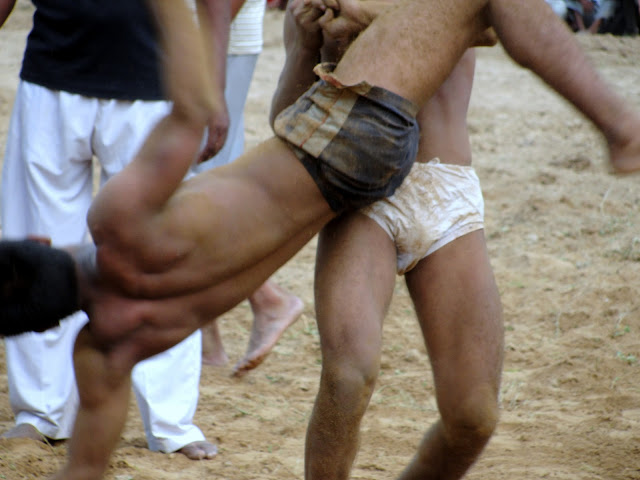 The prize distribution was as follows: 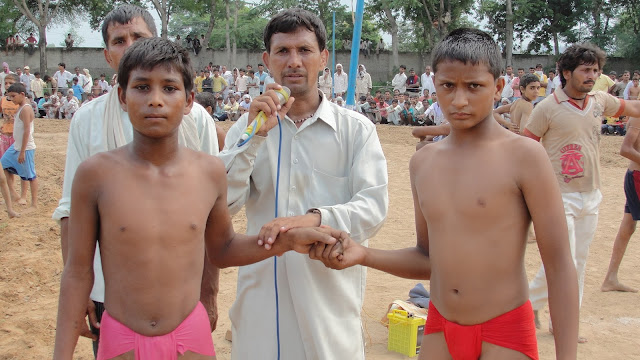 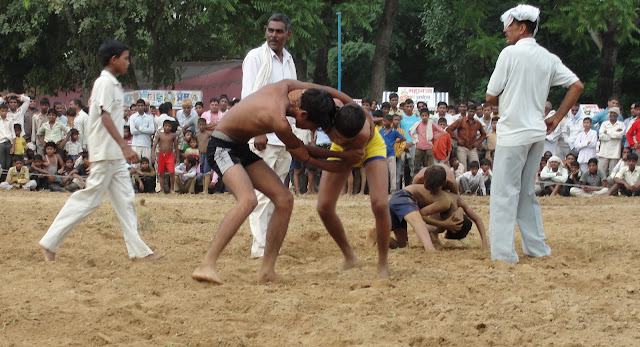 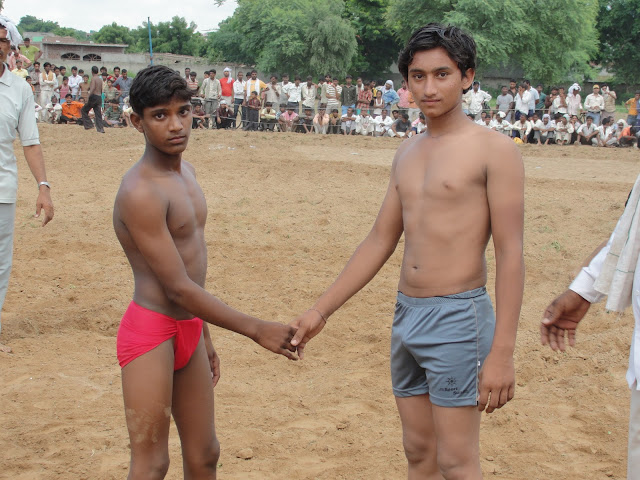 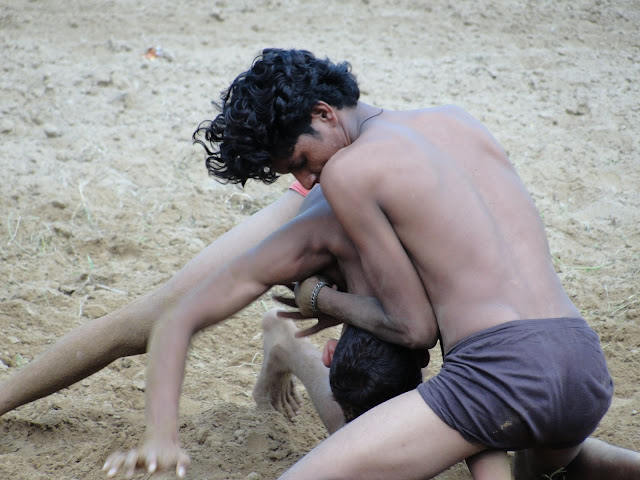 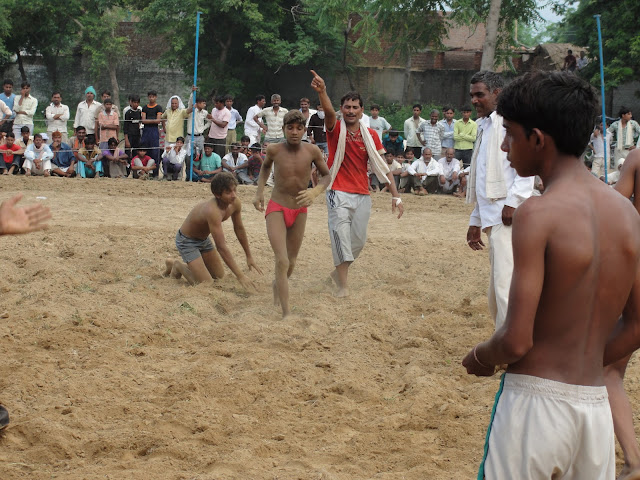 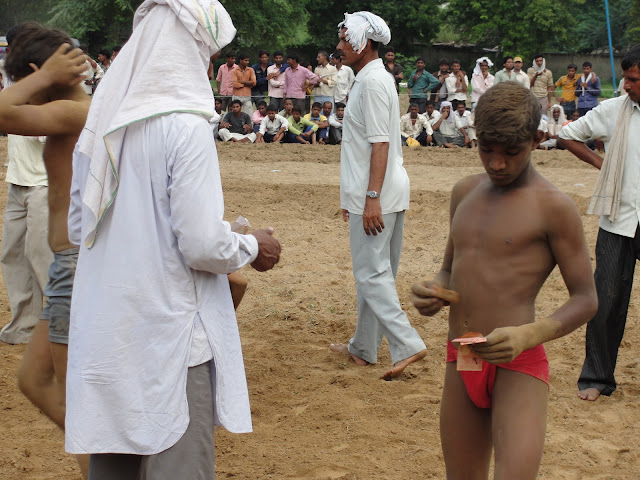 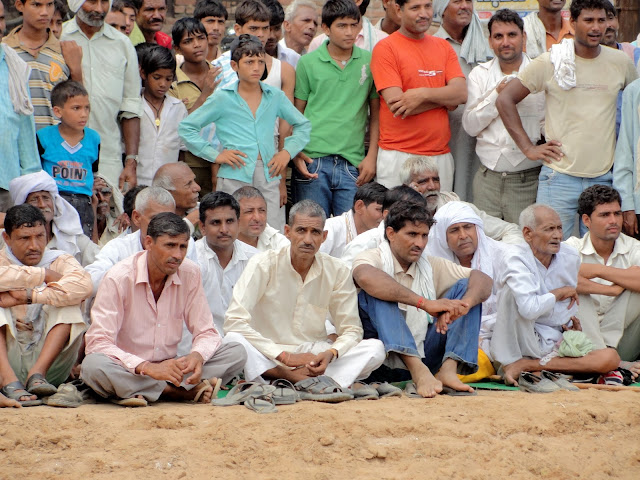 The village has hosted the event for the past 50 years, said Dr. Ramesh, a resident of the village. He added that the event was first organized by the late Guru Chanderbhan and his akhara. Guru Chanderbhan’s son was helping to promote this year’s event by contributing in the (5 X Rs 1100/-) wrestling matches. The akhara is now run by wrestler Shobharam. Besides wrestling, the celebration includes cultural events followed by the unfurling of the Indian national flag and the playing of the national anthem Dr. Ramesh adds. 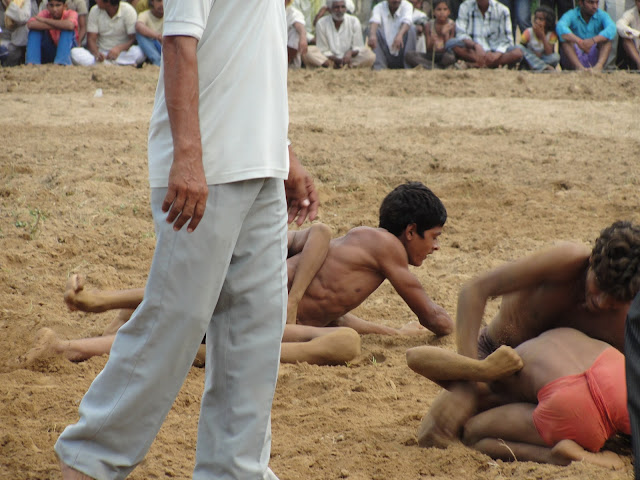 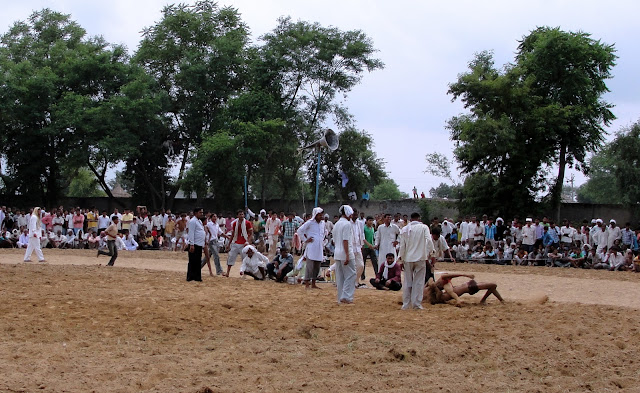 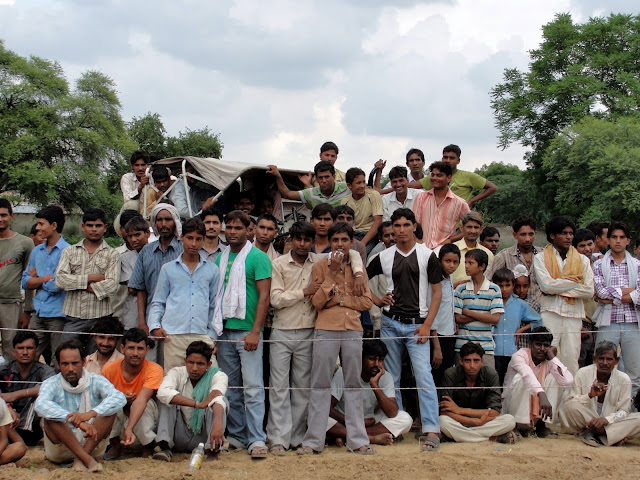 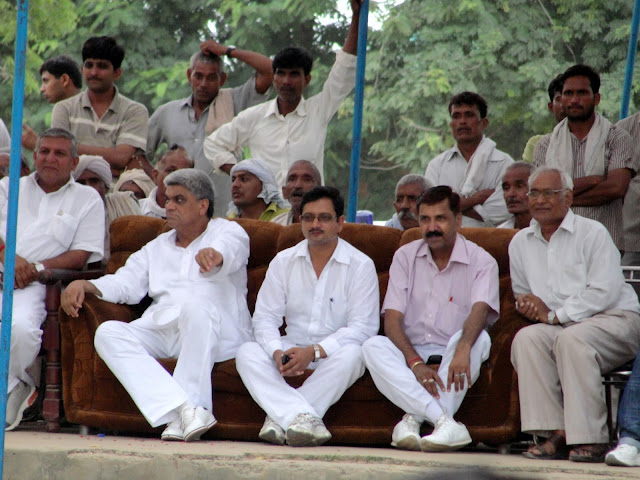 All the wrestling matches were outstanding. Well-known champion wrestlers participated in the event, including the Goonga Pahlwan of Samandar Akhara, who posted a spectacular victory. A bout with a Sardar (turbaned) wrestler from Rajasthan was noteworthy for an unfortunate reason, as his opponent got his hand broken. The final bout was between Vikram Pahlwan of Guru Jasram Akhara in Delhi, and Sohan Pahlwan of the Haryana Police. Both wrestlers were equally matched in strength and after a long bout the match was declared undecided by the committee and the reward was equally distributed between both of them.