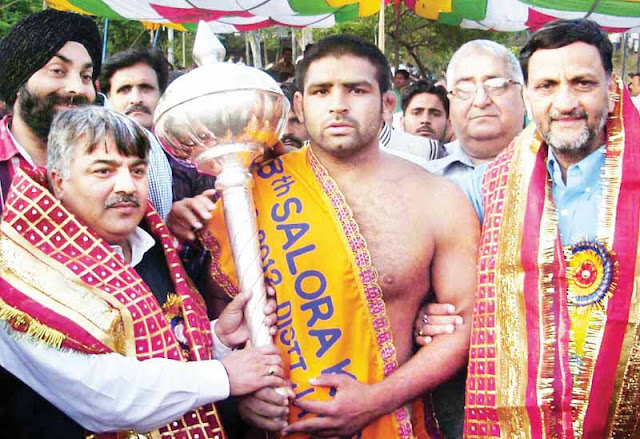 Winner of main title bout, Kamaljeet was awarded with a cash prize of Rs 1,5000 while Jagroop got Rs 10,000. In the second main bout, wrestler Benia of J and K Police defeated Sagar of Delhi to become richer by Rs 12,000. Runners-up in this bout got Rs 9,000 as cash award.

In another equally good bout, Palla of Himacal Pardesh defeated Abdul Majeed of Punjab to get an award of Rs 12,000.